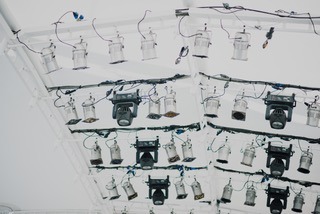 When I first saw the video from a leadership breakout session I conducted for members of ASAE (American Society of Association Executives), I was horrified to see my blouse untucked and my hair a-frizz. The DC humidity and an uncooperative microphone had done a number on me. But then I thought, who cares? This group isn’t here for me, they’re here for them. 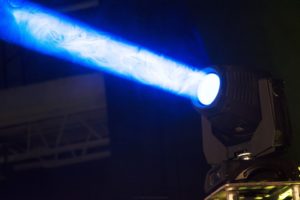 It’s funny that when we fall on our rears or have a bad hair day, we often feel that not only is everyone secretly snickering at us, but that they’ll remember our faux pas every time they think of us. It’s like we have a big letter G for goofball emblazoned on our foreheads. But it’s simply not true and there’s research (of course) to explain the phenomenon. It’s called the Spotlight Effect and it shows that while we think what we do and say is incredibly memorable, we vastly overestimate how much other people notice, much less care.

Dr. Tom Gilovich and his colleagues pioneered the research on this topic which appeared in 2000 in the Journal of Personality and Social Psychology. In one of the studies, the researchers brought together groups of students, giving them an unrelated task to complete. In each group, one student was randomly assigned to wear an “embarrassing t-shirt,” featuring a photo of…wait for it…Barry Manilow. (Yes, prior research had deemed him embarrassing. Sorry, Barry.)

When researchers asked the t-shirt wearers what percentage of the students would be able to identify the image on the shirt afterward, they agreed it would be 50%. In fact, of the students who witnessed the live experiment or saw the video later, only 25% could identify Manilow. What that meant to researchers was that just the wearing of the t-shirt gave wearers a heightened sense of its relevance to others. Further, when the same experiment was conducted with “non-embarrassing” images including Jerry Seinfeld, Bob Marley, and Dr. Martin Luther King, Jr., the students again said that 50% of the students would be able to identify the photos. This time, only 10% did, again showing how much we overestimate what others think of us. Interestingly, another study was done with group conversations where, again, people vastly overestimated how much of the dumb stuff – as well as the brilliant stuff – was noticed by others.

Moral of the story? We’re all worrying way too much about making mistakes and missteps. Not to say that you don’t want to make a good impression, especially if it’s the first one, just that you don’t need to dwell on your human foibles. In the immortal words of Susanna Clark and Richard Leigh in the song “Come from the Heart” (not Mark Twain or Miley Cyrus, as it turns out):

You’ve got to sing like you don’t need the money
Love like you’ll never get hurt
You’ve gotta dance like nobody’s watchin’
It’s gotta come from the heart if you want it to work.