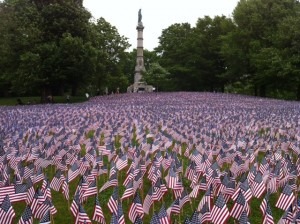 I spent this past Memorial Day weekend in Boston visiting colleges with my son, who’s a junior in high school. As he’s getting ready for college and my older son is graduating from college next year, I’m getting a huuuuge lesson in letting go. Letting Go has been a big theme in my coaching this past month, too. Not letting go of children – though that comes up occasionally – but letting go of control, specifically of your direct reports and team members.  You see, one of my clients who I’ll call Tony, courageously sought and received candid feedback from his colleagues and learned, much to his dismay, that he was considered a die-hard micromanager.

Granted, sometimes we get hit with labels that are based on perception rather than reality, but if you’ve done any branding work with me you know that I’m a firm believer in creatingyour brand perception rather than being a passive recipient of the brand others assign you.  As it turns out, Tony agreed that he was guilty of micromanaging and often found it difficult to relinquish control to his team, even when he knew his staff members were well qualified for the task at hand.

Why?  After drilling down, we discovered that it was Tony’s own insecurity about his leadership ability that caused him to direct every aspect of a project, including the details that kept him mired in the workplace weeds instead of looking at the big picture.  He was so concerned that something might fall between the cracks, that he focused on every little detail – wearing himself and everyone else out in the process.

When Tony stepped back to objectively assess how competent his people were, he realized that they didn’t need the level of supervision he was giving them.  In fact, after talking to all his team members individually, he saw first-hand how counterproductive his leadership style actually was.  As a result of his over-managing, his team felt completely restricted in decision-making, authority and creative control.

While Tony thought he was being supportive and collaborative, he was actually seen by the team as having a stifling inability to let go.  Once he understood their perspective, he backed off and started letting his team call more of the shots.  Furthermore, he let them know that he was actively changing his style and would be asking for more feedback along the way.  They were thrilled – not only to be able to given more authority but because he had trusted them enough to tell them the truth, show his vulnerability and encourage them to grow along with him.

Here’s to your unstuck success!