A Little Girl, a Big Idea, and a Cabbage 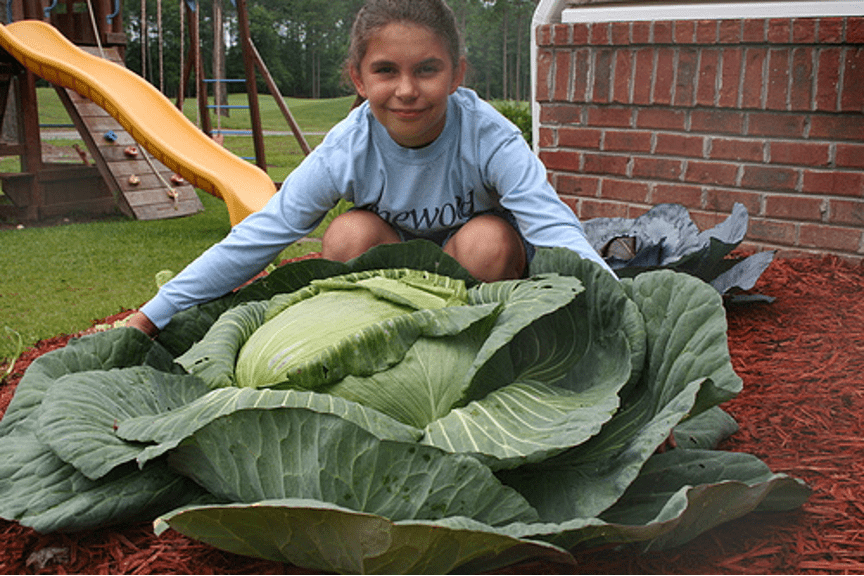 This week, I had the honor of delivering a virtual Creating a Hope-Driven Culture keynote to a group of lawn and landscape professionals who own and operate businesses across the country.

In keeping with the inspirational theme of the event which was dubbed HOPE2020, I told them the story of a remarkable young woman named Katie Stagliano who I interviewed several years ago for my book Capture the Mindshare and the Market Share Will Follow.

Katie was nine years old when she brought a cabbage seedling home from a third grade extracurricular program.   At the time she didn’t expect the assignment to be a turning point in her life, just a fun thing to do.  She planted, watered, fertilized and nurtured her cabbage, which grew to an astounding forty pounds—almost as big as she was at the time.

Knowing she had something very special on her hands, Katie thought about what she should do with the cabbage.  “My dad said not to take anything for granted and that there were lots of people without any food who had to go to soup kitchens.”  Katie barely knew what a soup kitchen was, let alone that there were any in her town.  But after she and her mom contacted several facilities, they found one that was thrilled for the donation of Katie’s cabbage.

To Katie’s  amazement, that one cabbage fed more than 275 people in the form of cabbage soup.  She saw firsthand how many people relied on soup kitchens for what might be their only hot meal of the day, if not their only meal.  Realizing how many people she could feed with her homegrown donations, Katie began to help other kids across the country apply for grants so they could start gardens of their own, which soon began to spring up in backyards and on rooftops, in vacant lots and behind libraries.

And that’s how Katie’s 501C3 non-profit— Katie’s Krops—was born. Today, Katie is seventeen and Katie’s Krops has more than 100 gardens growing. She and her fellow gardeners have donated thousands of pounds of fresh produce to homeless shelters and soup kitchens.

If one little girl with a big idea and a cabbage seed can do all that, imagine what YOU can do to make a difference in the world!