Why Confidence is King (or Queen) 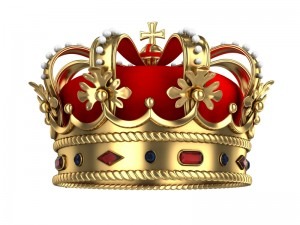 You can fight its unfairness all you like, but people who are extroverted, confident or even over-confident are at a definite advantage in the workplace.

Researchers at the University of California at Berkeley found that people who demonstrate confidence tend to be more successful than their peers, even when those peers have greater talents and abilities.   In a series of experiments conducted with college students, professors and administrative staff at Berkeley’s Haas School of Business, individuals who talked and participated more actively in group tasks were considered more competent, even when they handled the assignments less well than others.

In one of the studies, the researchers asked masters’ candidates to examine a list of historical names, events, book and poems, identifying those that they recognized.  While some of the items on the list were real, others (like Bonnie Prince Lorenzo and Windemere Wild) were invented by the researchers.  Subjects who included the made-up names among those they recognized were considered to be more confident because they appeared to be more knowledgeable than they actually were.  Interestingly, researchers found that many of their subjects truly believed that they were more talented, socially adept and skilled at their jobs than the testing actually reflected. In fact, in one study, a statistically improbable 94% of college professors concluded that their work was above average.

This research sheds some light on why overconfident people (who are rarely seen as arrogant or selfish, by the way)  are so often rewarded and even promoted over their more talented peers.  While thestudy authors surmised that that their research would encourage people with hiring power to look beyond confidence and evaluate talent instead,  I have a slightly different point of view.

While I’m not advocating that people start tooting their own horns ad nauseam, it’s clear that lack of confidence can be a career killer.  So get your confidence into high gear with these strategies to help you get you the recognition you deserve:

Final word of advice?  Get out there and fake it ‘til you make it!

0 thoughts on “Why Confidence is King (or Queen)”