Get Out of Your Head 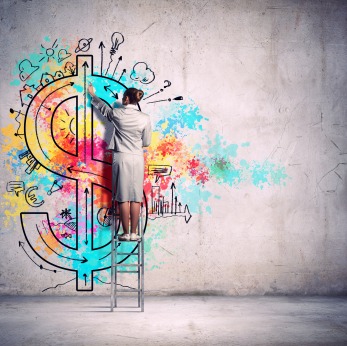 Leadership presence is about communication. If you’re not comfortable and confident communicating—or are reticent about talking in front of a group—then you’re going to have a much harder time as a leader.

This is true even if you know your stuff. I’ve seen knowledgeable professionals have opportunities taken away from them because they lacked the executive presence to inspire others through public speaking. The opposite of bold, these smart but too-timid execs are stuck in their heads. Overly self-conscious, they lack the self-conviction and the belief in their own value to speak up and stand out.

It may not be fair, but as mentioned in my book Capture the Mindshare, research shows that people who are extroverted even to the point of overconfidence have a clear advantage in their careers. Researchers at UC Berkeley found that people who demonstrate confidence tend to be more successful than their peers—even when those peers have greater talents and abilities.

In the studies, individuals who talked and participated more actively in group tasks were considered more competent—even when they handled the assignments less well than others. Participants who answered more frequently and loudly were held in highest regard, even when wrong. Others in the group rarely thought of them as overconfident but considered them “terrific” or even “beloved.”

Wondering how to get some of that? I have a secret method that can help lure timid talkers out of their shells. While not many speakers can claim a background in theater, in a former life, I appeared briefly on General Hospital as an actress. Leading to this illustrious part of my career, I was also a tap dancing bear at an amusement park, and a hand model for Fancy Feast cat food. If you’re not impressed yet, I even performed comedy improv back in my college days and recently taught improv on cruise ships during working vacations abroad. I still use it with corporations as a leadership training tool.

The Golden Rule of Improv can serve you well—not just in improv, but in improving your leadership presence, communication confidence, and public-speaking skills. The Golden Rule is: When someone hands you something, accept it. Improvisation is about “Yes, and…” rather than “No, but…”

In an improv routine, if something comes at you, you don’t decline, ignore, or reject it. Instead, you build on whatever you are handed. Success in a comedy routine doesn’t come through one big breakthrough, but from a series of smaller ones that serve as building blocks to a larger whole.

The same holds true in your communication. Don’t overthink it—whether chatting with a colleague or giving a speech, have the confidence to move forward with your message even if you aren’t sure you have all the answers. You can always get back to someone later if you don’t have the perfect answer off-the-cuff. Use the Golden Rule to look less at yourself and more at the techniques that will help you connect with your audience.

Strong leadership is not just about the value you bring, but about the boldness you put behind it. At the root of confident speaking, you’ll find belief in one’s own value. If you speak with power and authority, showing confidence even if you have to fake it, you’ll find your executive presence.